Introduction: This page reports the results of a New York State Constitutional Convention Clearinghouse reader survey during late summer and early fall 2017.  It is not a scientific survey, as the 115 respondent were a self-selected group.  Some of the respondents undoubtedly replied multiple times because, until this report was posted, the only way to see the results was by filling out the form.  The survey is now closed.  Thanks to those who responded.  Respondents were roughly equally divided between referendum supporters and opponents.

Click on a toggle button to see the detailed results for a particular question.

If New Yorkers vote on Nov. 7, 2017 to call a state constitutional convention, what do you…

1) HOPE it would accomplish?

2) FEAR it would accomplish?

3) EXPECT it would accomplish? 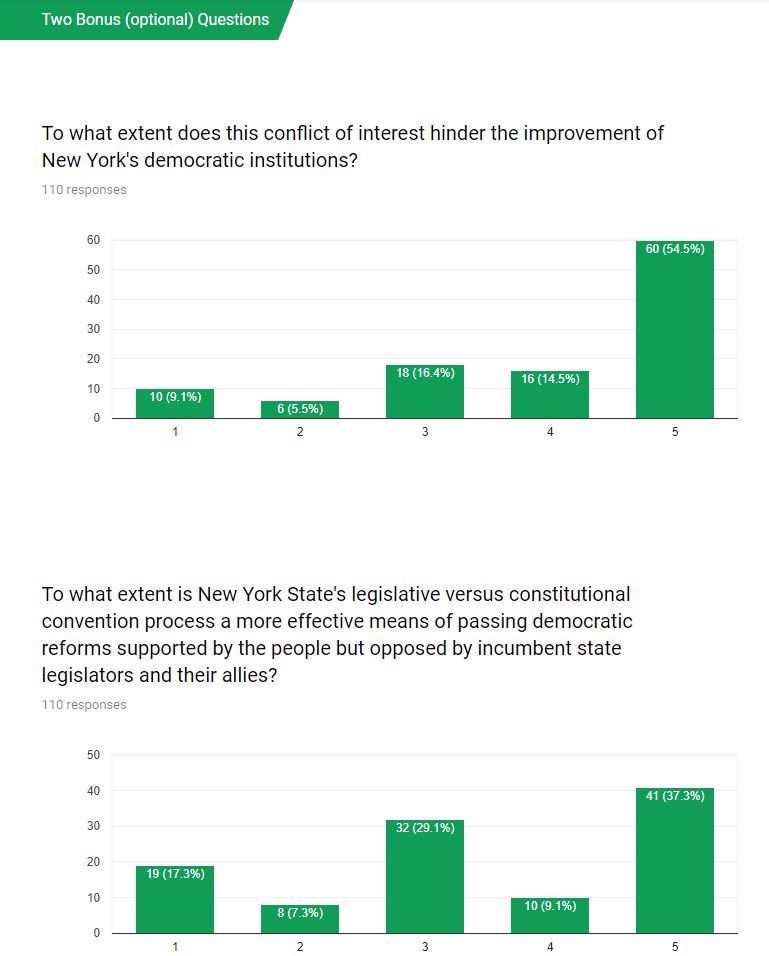